On one of my trips to the U.K., I made some interesting culinary discoveries.  It started out with a glass of milk. “Wow, this milk is really good!”  Then a sandwich. “This bread is fantastic!”  Then a chocolate bar. “Wow! Chocolate is so much better over here than at home!”  But then I picked up a can of Coca-Cola.  After tasting, all I could think was, “WHAT IS THIS?!”

I have been drinking Coca-Cola as long as I can remember, but this can of Coke was so different! It was somehow lighter and more refreshing.  How could this be?  I looked at the ingredient list, and there it was: Sugar.  Not High Fructose Corn Syrup, but cane sugar.  Don’t ask me how much Coca-Cola I consumed during that trip. I don’t want to think about it.  But I came away wondering if I would ever be able to drink a U.S Coke again.  The answer is: not as much as I had before.  When I drink a Coke here in the States, I feel deprived of the kind of refreshment I experienced so long ago.  And it makes me avoid the beverage.

Lately, there has been a trend in using cane sugar in sodas.  I often wonder, “Hey Coca-Cola, what’s taking you so long?”  It’s not like they don’t have the recipe.  Coca-Cola, made with cane sugar is the Coca-Cola you would have had before 1985.  Then came the infamous  New Coke, which couldn’t even make it 3 months before you had Peter Jennings interrupting General Hospital to announce the reintroduction to the “original formula” thus bringing us Coca-Cola Classic.  But it wasn’t the same thing.  This reintroduction now uses HFCS instead of cane sugar.  Was New Coke just a plot to confuse your taste buds so you wouldn’t taste the difference between the two sweeteners?  Many say yes.

Yesterday, we were shopping at Wal-Mart.  Brian had the shopping cart and was a few steps ahead of me when he heard a strange squeeky squeal coming from my direction.  He turned to see what it was.  I couldn’t form words to describe my excitement, all I could do was point to a small cooler advertising the product within: Coca-Cola from Mexico made with Cane Sugar.

Posted by Elizabeth at 2:16 PM

I agree that the cane sugar is better. I've never had Coke with it, but I lived in the part of Texas where Dr. Pepper was first invented and where they still bottle it. They sell something in that area called "Dublin Dr. Pepper" (named after the town that bottles it) and it's made with cane sugar. Some of the gas stations around there even have it in their fountains. Super good. And it makes the most awesome floats ever!

I'm from England and I notice that Coke tasted different out there!

Lesa, I've had the Dublin Dr. Pepper. It is really good! They have it at Jason's Deli as a fountain drink.

omg. I love Mexican Coke, its my fav! 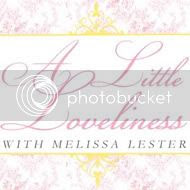